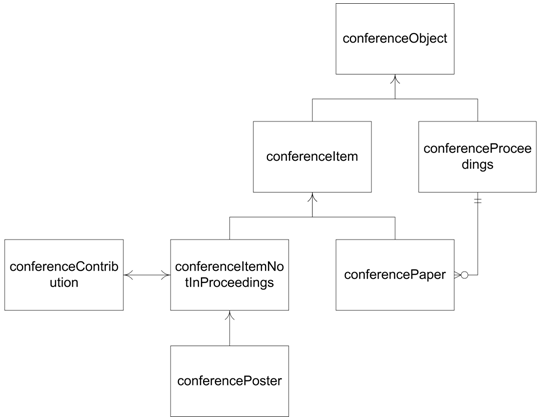 Use for publication types identifiers from the info:eu-repo/semantics/ namespace, see the first column of the following table. E.g., the URI for articles is info:eurepo/semantics/article. The second column contains the vocabulary of the Eprints Application Profile (also known as Scholarly Works Application Profile - SWAP) (http://www.ukoln.ac.uk/reposito ries/digirep/index/Eprints_Type_Vocabulary_Encoding_Scheme). This vocabulary is included only for comparison reasons.